Covid-19 – To ensure the safety of all, our staff and customers must wear masks at all times. Plexiglass has been installed in several areas. The rooms and common areas are disinfected between each session and clients who are symptomatic or have been in contact with a symptomatic person will not be admitted. These measures have been put in place to serve you well and safely!

The only clinic in Quebec to do brain training using the latest generation of Neurofeedback equipments with 19 electrodes.
FREE PHONE CONSULTATION

During the electroencephalographic quantitative evaluation (EEG), the medical electrophysiology technologist affixes a helmet equipped with 19 electrodes on the head. To promote a good conduction of the electrical activity of your brain towards the helmet electrodes, a conductive gel (solution based on water and salt) is applied on each of the electrodes. When recording the EEG, the electrodes placed on your scalp transmit the information to a computer program, which allows to visualize in real time the electric waves generated by the brain.

The technique of Neurofeedback would allow the brain to learn how to restore the functioning of underperforming regions. When the brain generates the desired electrical activity, a sound or visual reward is awarded. When viewing the video or listening to music, if the electrical activity emitted by the brain changes and is no longer optimal, the movie or music stops for a few seconds and resumes when the desired activity is again produced unconsciously by the brain. The optimization of the neuro-electrical functioning of the brain by Neurofeedback would, most of the time, make it possible to remedy in part or in total the cognitive difficulties underlying the regions which are altered.

Neurofeedback is classified as a level 5 treatment for attention deficit disorder, the highest level of effectiveness.
Find out more …

Now recognized as an effective treatment (level 4), neurofeedback is an approach that can bring lasting improvements for anxiety disorders.
Find out more …

Classified as a level 4 treatment, neurofeedback is an effective approach against major depression.
Find out more …

Going from “non-functional” to World Champion in 6 months is what happened!
Find out more …

Neurofeedback has been shown to reduce symptoms and reduce relapse by 80%.
Find out more …

My pain went down by 75% after 20 neurofeedback sessions. Rosa R.
Find out more …

Reversing the trend and regain some capabilities, it is possible!
Find out more …

Going from an 11th position among amateurs in motorcycle racing to a 3rd position among professionals in just one year is what this athlete experienced!
Find out more …

Neurofeedback increases the Intellectual Quotient by 9 to 12 points.
Find out more …

Neurofeedback could reduce the symptoms of Obsessive Compulsive Disorders (OCD) by 89%.
Find out more …

The services offered are reimbursed by several insurance companies.
You have questions?
Get a FREE
Phone consultation 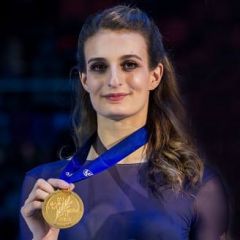 I feel really fortunate to have had the opportunity to be treated at the Neuroperforma Clinic without whom I would never have recovered from my concussion as quickly!

I have driven motorcycles “Superbike” professionally since 2016. After having followed the training sessions with the Neuroperforma team, I broke a track record, held at that moment, by a world-class driver!

Nothing is random in my performances and I say a big THANK YOU to Neuroperforma! 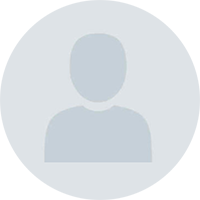 We noticed a significant improvement of anxiety in our son. We have a better understanding in the way we communicate. He feels less angry and stressed than before. Therefore, he feels much better in class

I noticed a difference in work related stress and sleep. The fact that I am less stressed means that I am calmer in situations where I would normally be more stressed and anxious

I see significant improvement! More in the present, less focusing on the past or future. I have less worries of what people will think of me.


ADDRESS
See the addresses of our 6 clinics

PHONE
450-445-1010

EMAIL
info@neuroperforma.com
We use cookies to operate and improve our services. Your privacy is important to us. If you are not comfortable with the use of this information, please review your settings before continuing your visit.I AGREE